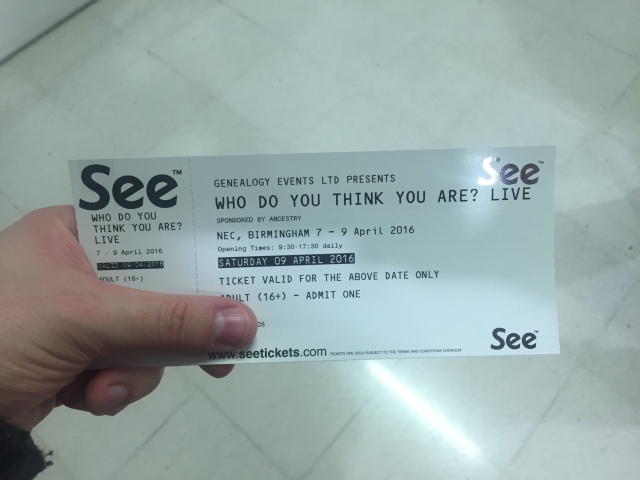 My head is still buzzing with information, my feet occasionally still hurt, and my bank account is a sad sight. Yes, the effects of the annual Who Do You Think You Are! Live trade fair are still fresh in my mind (and my pocket). What an experience for a poor, amateurish genealogist like me…

On Friday last week I left Brussels after what seemed an eternal wait at the terminal, still suffering the effects and destruction of the 22 March terrorist attacks. Security was like never before, and although the atmosphere was far from tense, the lack of passengers throughout the airport and the empty planes on the tarmac served as an eerie reminder of that tragic event. For the second year running, WDYTYA Live took place not at the London Olympia, but at the NEC in Birmingham. My short flight to the city where my great-grandfather lived between his adolescence and the time of his marriage in 1910 was a pleasant hop and skip overflying the English Channel. The hotel was conveniently situated a mere 5 minutes away from the Nec and directly opposite the airport, which made transport the day after very convenient. 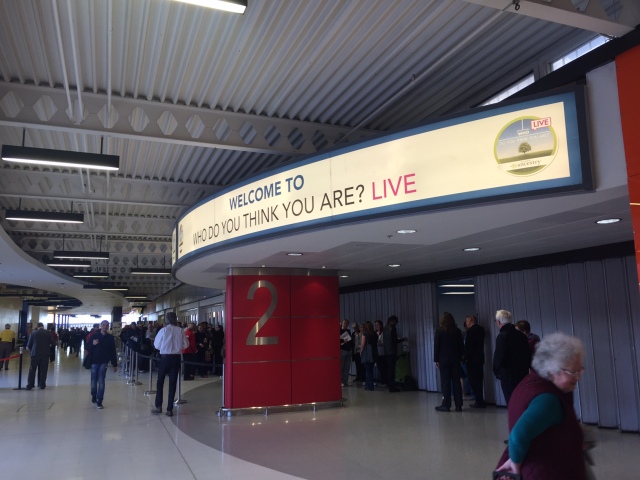 When entering the NEC (I had only purchased a one-day ticket) I realised just how big the event was, and the sheer amount of interest that genealogy and family history arouse in the UK. A large queue marked the way to the entrance, but I was kept busy at the ticket office where I had to collect my modest one-day pass. A slight miscommunication between me and the man on the other side of the glass ended up with me having to spell out my e-mail (including the word genealogist, which the young and helpful man was not familiarised with). Once I got in, I was overwhelmed by the amount of stands and booths I had to visit. I bypassed some of the larger stands, such as those dedicated to Ancestry.co.uk and AncestryDNA, FindMyPast and TheGenealogist, in favour of the smaller companies and exhibitors. I had a nice chat with the people at the Famberry stand (a new family tree software), enquired about the surnames in my family tree and whether any one of them they may be of Huguenot origin, and had a very interesting conversation with two ladies from the Jewish roots booth. I then made my way to the Herefordshire Family History Society desk where a nice lady called Heather, with whom I shared our mutual fondness for burial records, kindly sold me a CD with an index of marriages in the county between 1538 and 1837. A second visit to the stand convinced me I should also buy a map of the districts of Hereford and Leominster, and to take advantage of the fact that they were giving away parish maps of Herefordshire for free. 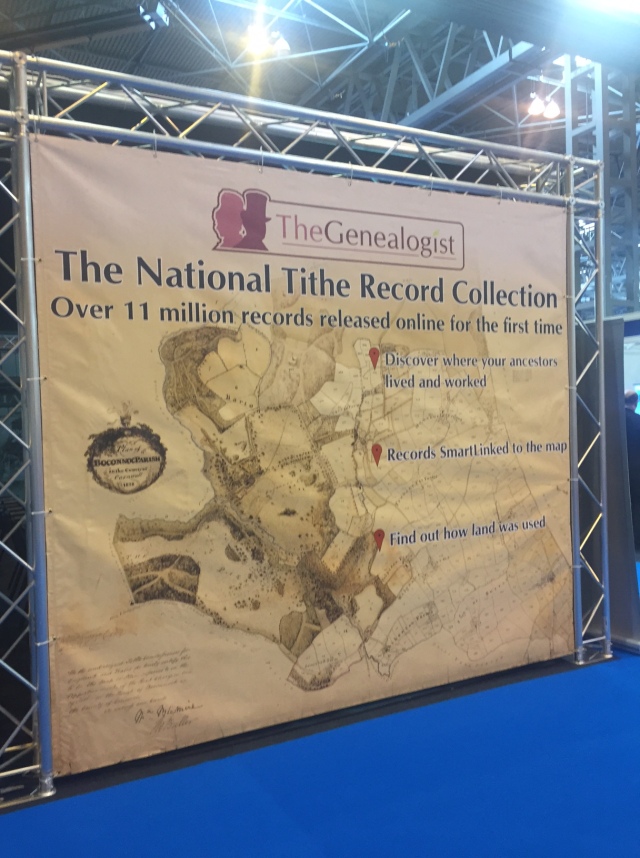 Free lectures at The Genealogist stand…

But as my grandmother came from the small village of Colwall, I was advised to go to the Malvern Family History Society, where I spoke to a man who actually lives in Colwall (unfortunately I didn’t catch his name) and shared common knowledge and common names from the area. He kindly pointed me in the direction of a lady called Vanessa, who was at The Genealogist stand and who has transcribed dozens of parish records over the past 20 years. After moving about like a modern-day pinball (and taking a dreaded selfie with Sir Tony Robinson) I listened in to a talk by professional genealogist Laura Berry and then by Mark Bayley (of The Genealogist) who spoke about bringing down brickwalls.

Time for lunch, so I took advantage of the fact that, unlike the Brits, I can eat as late as 2PM or even later, and so I made my way to a fish & chip stand. Armed with my tray of chips and cod, and noticing all tables were taken, I asked a lady who seemed to be alone if I could sit at her table. We got chatting, and it turns out her family history was tremendously interesting. The lady, by name of Penny, was there assisting the FIBIS (Families in British India Society), and told me of how she had started researching her ancestry fairly late in life, having only a few memories of her earlier years in post-independence India. Now without any older relatives to ask about her family origins, Penny relies on records and the help of others to find out more about her own personal story. Best wishes Penny! 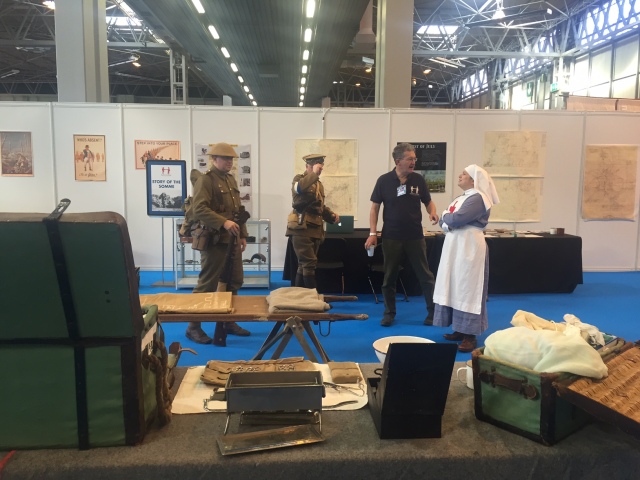 Not just about Genealogy…

The day ended rather soon, but I took advantage of the quietness of the last half hour to peruse through the 1939 UK Register at the FindMyPast section (sadly my grandmother’s name is crossed out as she was born less than 100 years ago, but I did find her parents and siblings). I also had a nice encounter with someone from a stand dedicated to Wales, where I bought a couple of cotton bags which commemorate the Welsh-born author (of Norwegian ancestry) Roald Dahl. I think it is high time I research my Welsh ancestry, don’t you?

I came back with a mountain of flyers, freebies, a signed copy of Rebecca Probert’s book on bigamy, divorce and bereavement, my pre-civil registration CD of marriages, and two AncestryDNA kits at 40% off… What an amazing experience. I am already counting the months until the next WDYTA Live!!! 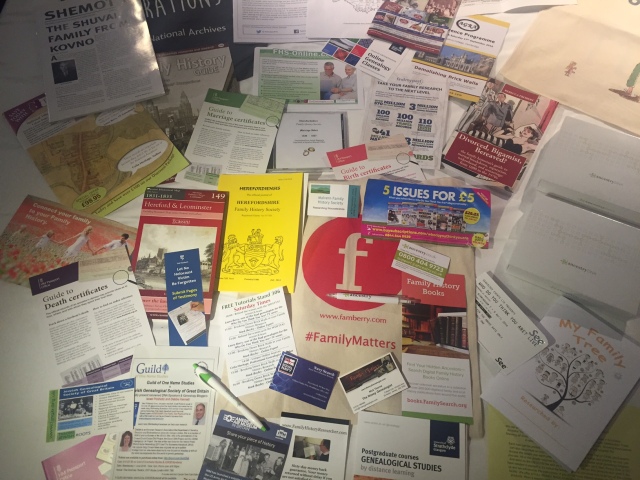